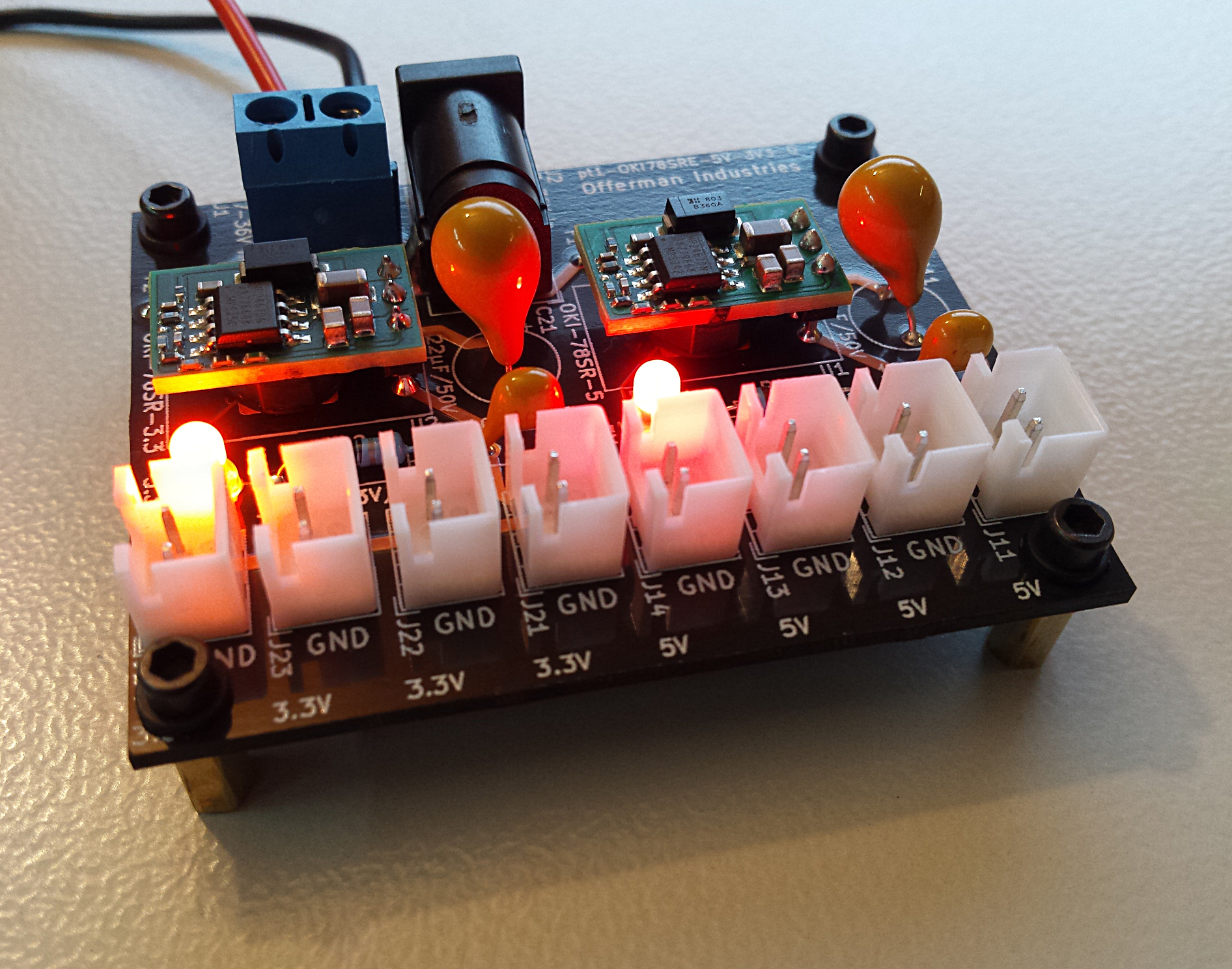 The pt1-OKI78SRE-5V-3V3 is a robust and stable power module providing four 3.3V outputs and another four 5.0V outputs, for each of the two voltages at a maximum of 1.5A in total. The board is built around two of Murata's fixed-output DC-DC switching (buck) regulators from the OKI-78SR series, providing a far higher efficiency than any linear power regulator, and thus not requiring any heat sinks.

The input voltage can be anywhere between 7V and 36V, supplied through the screw connector or the barrel jack connector.

Both power circuits feature their own fuse (protecting the circuits against sustained input reversal) and an indicator LED. The power outputs are protected against short circuits and over temperature. The converters will automatically restart as soon as the short circuit condition is removed.

I've created this board to have an efficient and stabile power supply at hand when creating circuits combining 3.3V and 5.0V devices. For example, ATmega MCUs can only run at higher clock speeds when supplied with 5V. And the ICs I use to drive VFD display tubes (i.e. Microchip HV518, HV5812 and HV6810) run only at 5V, while the NodeMCU/Lua boards I use to connect to the Internet can only run at 3.3V. This power supply (combined with interface components such as the PCA9306 voltage-level translator for I2C) allows me to easily mix and match ICs with different voltage requirements.

Buy at my Tindie store